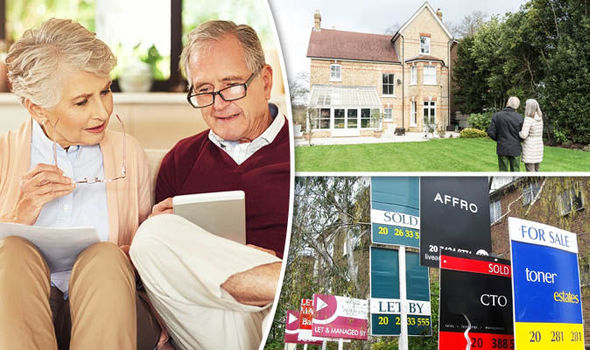 The Silver Economy ( older home owners 55+) are currently a very active group in the UK property market and are showing good levels of growth year on year, with 46% more property exchanges in the first quarter of 2018 compared to the same period of 2017.

According to the national home mover report from customer insights company TwentyCi, the active growth in the property market for the 55+ age groups is undoubtedly fuelled by a combination of pension drawdown and equity retrieval as the baby boom generation accesses the wealth accumulated in their properties and pensions.

Colin Bradshaw, Chief Customer Officer at TwentyCi said “We are also seeing a big uplift in buyers aged 66+ moving to semi-detached properties. This could infer either an increase in downsizing to release equity – which we would expect to trickle down into the economy – or alternatively older couples splitting up. While the latter is good for the property market, it would be less of a boon for the economy in general.”

The data also shows that over half of all exchanges in the first three months of 2018 were terraced and semi-detached houses, up nearly 17% year on year.

Nearly one in every five exchanges were represented by a flat, up 10% year on year while detached homes have seen the greatest levels of decline with a fall of 12%. The report suggests that more families appear to be improving rather than moving.

‘Following the usual quarter four slowdown, the first quarter has seen 100,000 more properties come on to the market. However, year on year we’ve only seen a 1% increase in listings, implying conversion rates have increased,’ he added.

‘Nationally, property exchanges are up nearly 8% compared to the first quarter of 2017, suggesting a continued building of confidence, stability and momentum in the market,’ said the firm’s chief customer officer Colin Bradshaw.

London saw a 3% growth in exchanges quarter on quarter while property exchanges are up nearly 8% and the data shows that in the last year, Northampton, Edinburgh and Glasgow were the three fastest places to sell a property.

An increase in demand in the East Midlands and East of England is driving a growth in the average asking price of properties year on year of 4% and 5% respectively. While property prices at the upper end at £2 million plus are experiencing a decline in volumes year on year. All other price brands in between are seeing growth levels as high as 12%.

Colin Bradshaw pointed out that overall the report demonstrates a nationwide stability in the property market with the average house price remaining unchanged at £297,000 along with a 14% growth in households entering the house moving journey compared to the previous quarter.

‘It is good to see stability coming into the market with prices remaining flat and some increase in activity. It should be noted that whilst we are getting a better shape on the future of Brexit there are many twists and turns ahead before we fully understand the post Brexit landscape,’ Bradshaw explained.

This ‘state of the nation’ report by TwentyCi provides unique insight into the people behind the numbers, creating a picture of the demographic, regional and socio-economic factors impacting the housing market.